Who has never dreamt of visiting Venice? To discover all its architectural treasures, its fabulous history? To see all its wonderful islands? To experience the unique sweetness of the streets of Bellissimo? All right, everyone knows Venice and its gondolas, its canals, the Rialto Bridge and, at the very least, the Bridge of Sighs which connects the Doge’s Palace to the famous prison where Casanova was imprisoned.

But Venice is not just that: it is a city that is at once magical, unreal and contemporary, a city on water. More than just a postcard, Venice can be discovered with all the senses. Let’s take a look together at the main spots and must-see sights of Venice that leave no one in awe, far from it. 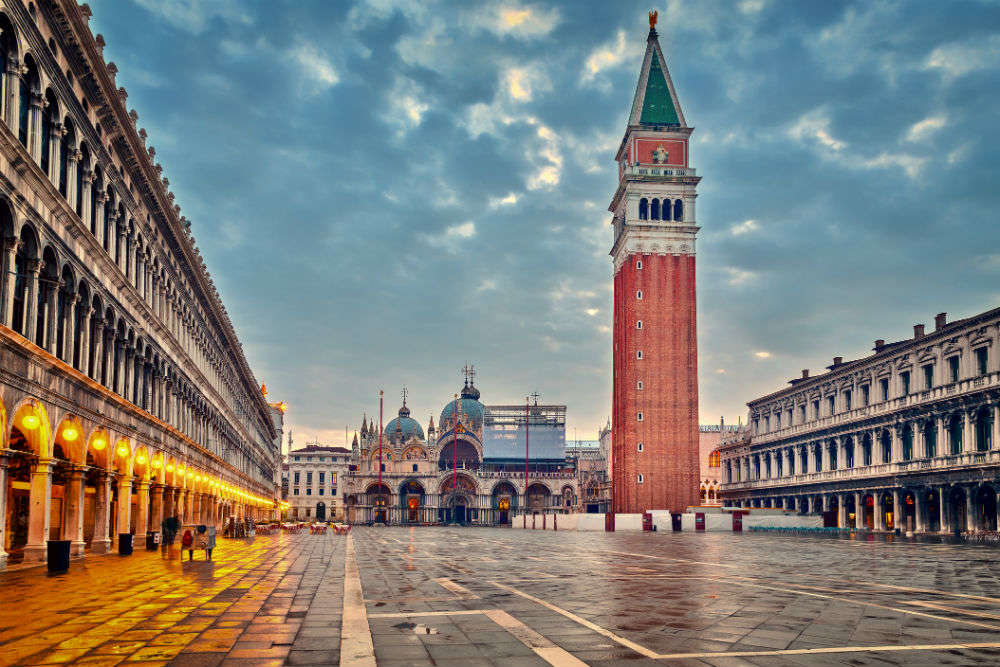 St. Mark’s Square is certainly the most emblematic place to visit in Venice: it is the main square of the city, a meeting place and rendezvous point for locals and tourists alike.

It is truly the hub of Venice: you will have to pass through it to visit St. Mark’s Basilica, the Doge’s Palace, but also the Campanile of St. Mark and all the other unmissable monuments. 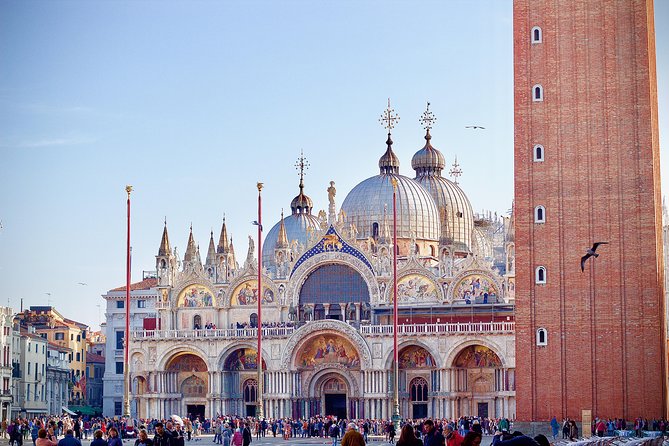 The construction of the imposing Basilica of St. Mark dates back to the mid 11th century, it is very flowery and is recognizable with its facade bearing a golden lion with wings, the symbol of Venice.

This basilica is to be discovered at all costs for its mosaics, its domes, its statues and the altar that would contain the bones of Saint Mark himself.

How can we not mention him? With its Gothic architecture, it was the residence of the Doges who ruled the Republic. It is a palace rich in history and offers sensational pictorial works such as those of Veronese, Bellini, Titian or Tintoretto.

Certainly one of the most beautiful palaces in Europe, which you can reach via the infamous Bridge of Sighs. 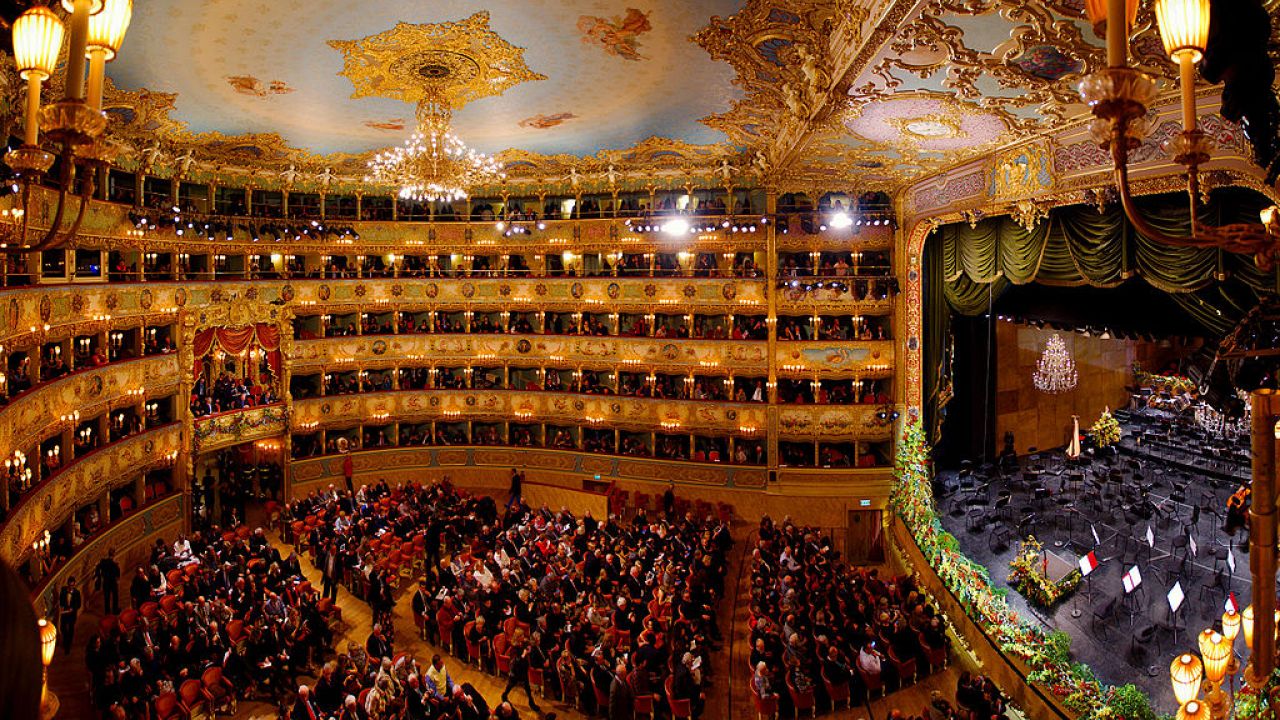 The word Fenice means phoenix in Italian, the famous mythological bird that rises from its ashes. The La Fenice Theatre bears the stigmata of this legend: it was built at the end of the 18th century to replace the San Benedetto Theatre, which had been destroyed by fire. It was in turn destroyed by fire in 1836 and subsequently rebuilt.

In 1996 it was again destroyed by fire and in 2003 it was reborn from its ashes. This theatre is sublime: composed of 5 rows of dressing rooms, it is one of the most prestigious places in Italy and even in Europe. 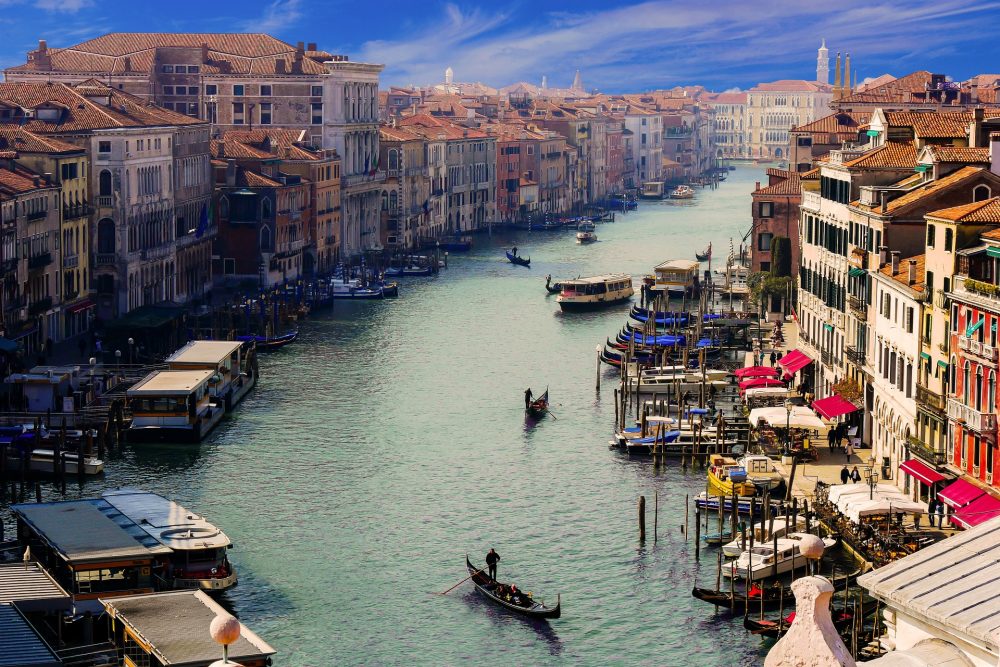 A typical district, far from the pomp and glitz of Saint Mark’s Square. An excellent place to buy souvenirs and handicrafts. The pedestrian street is very popular with Venetians.

If you come to visit Venice and venture into this area, discover the church of the Madonna dell’Orto with its Gothic facade made of bricks and white stones.

It is also in the Cannaregio that you can discover the Ghetto district which was reserved for the Jewish community as early as the 16th century and where you can visit the Jewish Museum of Venice. 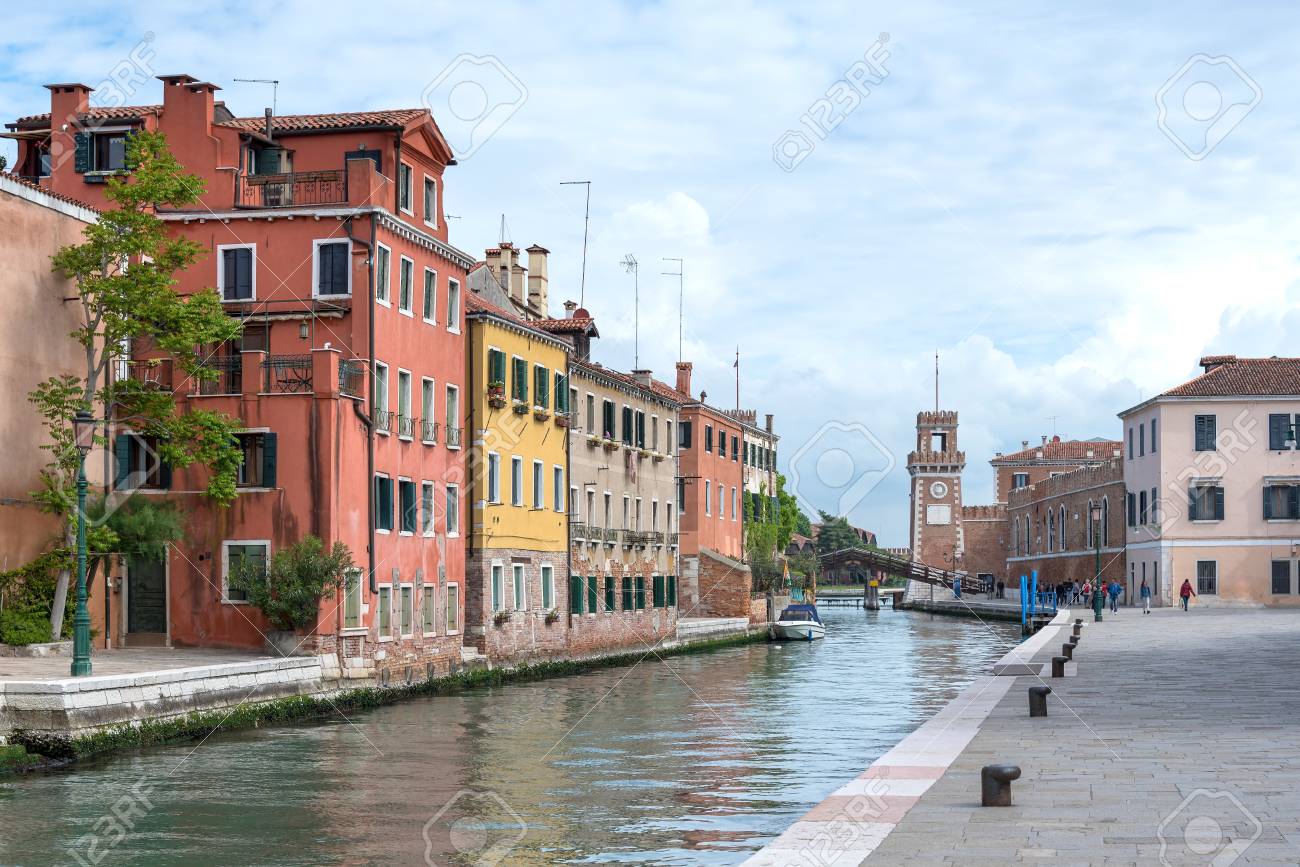 It takes its name from an ancient fortress that has now disappeared and was located on Saint Peter’s Island. Today it is the largest district of the city where you can discover the Arsenal of Venice which occupies a major part of it or visit the Naval History Museum.

The houses are simple and sober as opposed to the grandeur of the area near the Grand Canal palaces. This area is the least frequented by tourists and this is surely why it remains one of the favorites of true Venice lovers. Part of the soul of this city still resides through these streets and walls.

Another must-see when visiting Venice and looking for a bit of greenery: the Papadopoli Gardens. This park of about 8,800 m2 consists of three plots where you can walk around. It is also an activity to do in Venice if you come with children because there are several games!

This singular church is located at the southern end of the Grand Canal: it is recognizable because it stands on a very narrow piece of land between the Grand Canal and the Bacino di San Marco.

The dome of this basilica quickly became a powerful symbol of the city and inspired many artists such as Turner, Sargent or Guardi. It is one of the most impressive buildings to visit in Venice, erected in the mid-18th century.

8- The islands of the lagoon 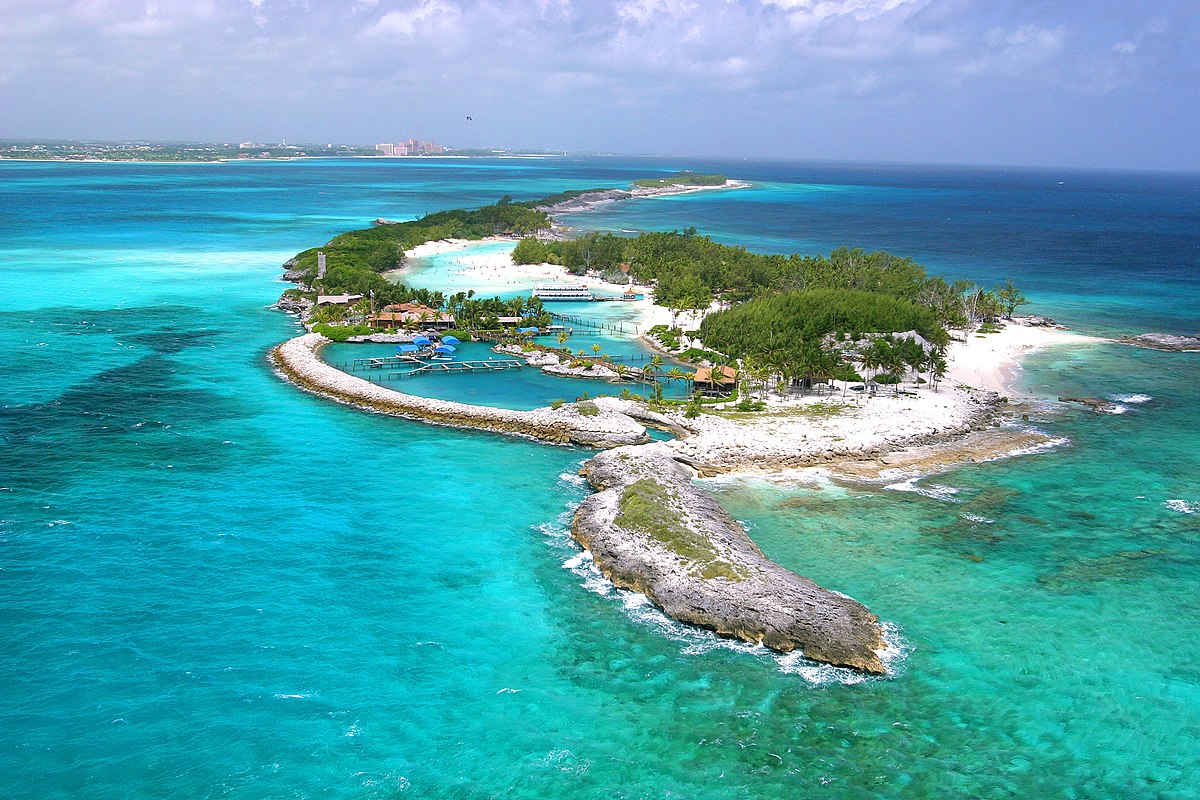 Still looking for something to do in Venice? Venice is not only the heart of the city but also the magnificence of its small islands:

The island of Murano is surely the best known for its internationally recognized art of glassmaking and its glass museum. The island of Burano is quite singular and very much appreciated by tourists for the diversity of colours of the houses and for its decorations that come straight out of postcards.

Burano is known for its lace industry. Finally, the third island is the island of Torcello: it is the largest of the 3 islands in the lagoon and it is home to the oldest church. But it is also a kind of ghost town that attracts few tourists.

The Lido is an island known for its beach with natural dunes of fine sand and transparent water.

What elegance and calm on this beach. Far from the tumult and the tourist hubbub of the heart of Venice, the Lido is a real little haven of peace. You can see several rows of bungalows which are numbered and arranged according to their shapes and colours.

Venice and its bridges

What would Venice be without its bridges? The city has nearly 540 bridges, access to which is entirely free. The Bridge of Sighs is obviously worth seeing because it was the junction between the Doge’s Palace and the prison where Casanova and many other men were imprisoned.

There is the Rialto Bridge, built in 1500, which was the first building to cross the Grand Canal. It is a very colourful bridge offering 3 pedestrian crossings with a central passage for walking and the other two rows for the shops installed under the arches. 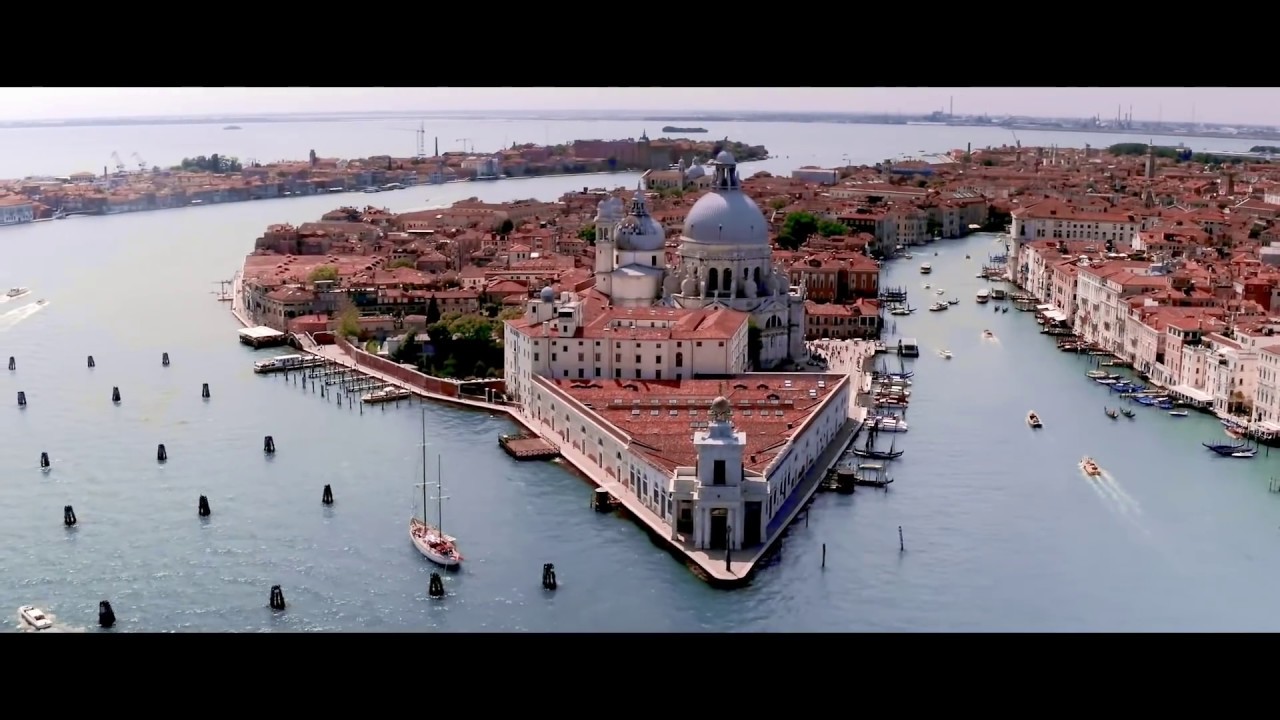 This building is located at the end of the Dorsoduro district and it separates the Grand Canal and the Giudecca Canal. In the 15th century, the Venetian customs was located here to inspect all goods entering Venice.

While until recently it served as a warehouse, today it is a museum and is administered by the François Pinault Foundation.

The Ca’ d’Oro is simply one of the most famous palaces of the beautiful Venetian city. This “golden house” was built at the beginning of the 15th century and is now a museum housing a magnificent collection of art once belonging to Baron Giorgio Franchetti.

3- The Campanile of San Marco

Erected in the famous Piazza San Marco, climbing to the top of Venice’s emblematic tower is one thing to do when visiting Venice. The Campanile offers you a breathtaking view of the city but its visit also allows you to discover the five bell towers and the history of this tower.

In addition to offering a direct view of the Grand Canal, you can discover the gardens where you will find a pavilion housing a café, a bookstore and temporary exhibitions!

And if you like museums, don’t miss the Gallerie dell’Accademia of Venice, the Museo Correr or the Ca’ Rezzonico.

Known for its famous external spiral staircase, it is also known as the Scala Contarini del Bovolo. The latter was closed for many years to be renovated, but you can come back and see this beautiful staircase again!

Other ideas for things to do in Venice