What to do in Montenegro during your stay? Here are the eight must-see things to visit in Kotor and its surroundings!

It is difficult to talk about Montenegro without mentioning Kotor. Indeed, this city is the symbol of the explosion of tourism in the small Balkan country. It must be said that it has everything for it! The city offers a splendid view of the Mouths that bear its name, a striking landscape that fills us with wonder for a long time. Visiting Kotor is therefore discovering the heart of Montenegro, a heritage of the past and the country’s entry into the world tourism.

Kotor is the oldest city in Montenegro. Founded in the 2nd century B.C. under the name of Ascrivium, it was successively part of the Roman and Byzantine empires until 1042. From the 11th century onwards, the population was enslaved by the Bulgarians and then the Serbs. On the political side, from the 15th to the 18th century, the Venetians and the Ottomans occupied Kotor in turn and gave it its present appearance. Afterwards, Kotor belongs to the French Empire between 1805 and 1814 and then follows the history of the other cities of Montenegro.

1- The Old Town or Stari Grad 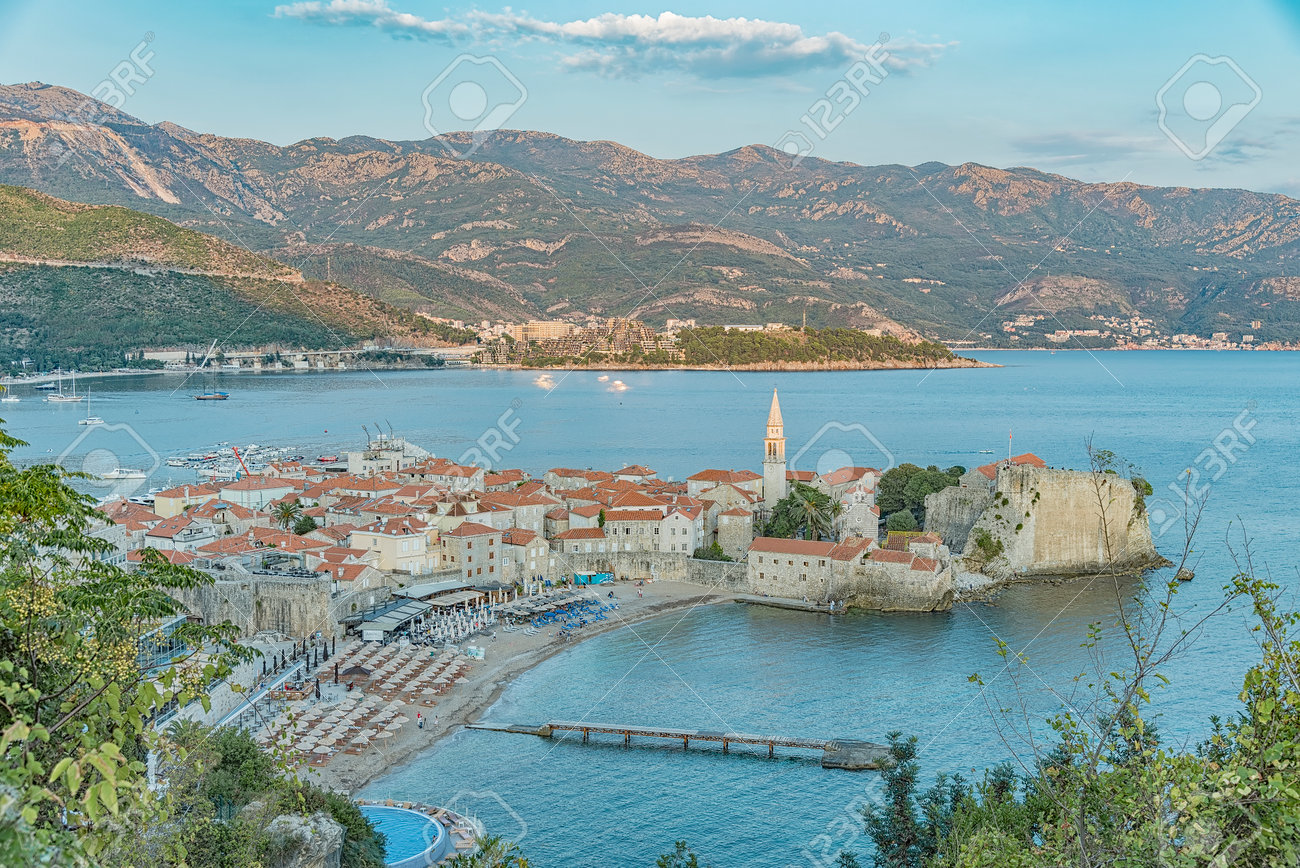 Administratively speaking, Kotor is a tiny town. Indeed, its surface area is almost limited to its only old town. Nevertheless, this small city can transport you for hours. Kotor cannot be approached without mentioning its old town first. All the monuments or museums presented just afterwards are listed there. The UNESCO did not make a mistake in classifying the walled city of Kotor (Stari Grad) in the world heritage of humanity.

There are many ways to visit Kotor and everyone can do as they please. The only thing that doesn’t change is the means of transport: your feet! It is advisable to enter Stari Grad through the sea gate, the one in front of the harbor. From this starting point you can already start to admire the Place des Armes, its magnificent clock or its terraces. The rest is up to you and the best thing is to get lost in the maze of alleys of an old town built five centuries ago.

If you take your time, and although it is less imposing than Dubrovnik, you can easily spend more than half a day there. However, be warned that Kotor can be crowded in summer. 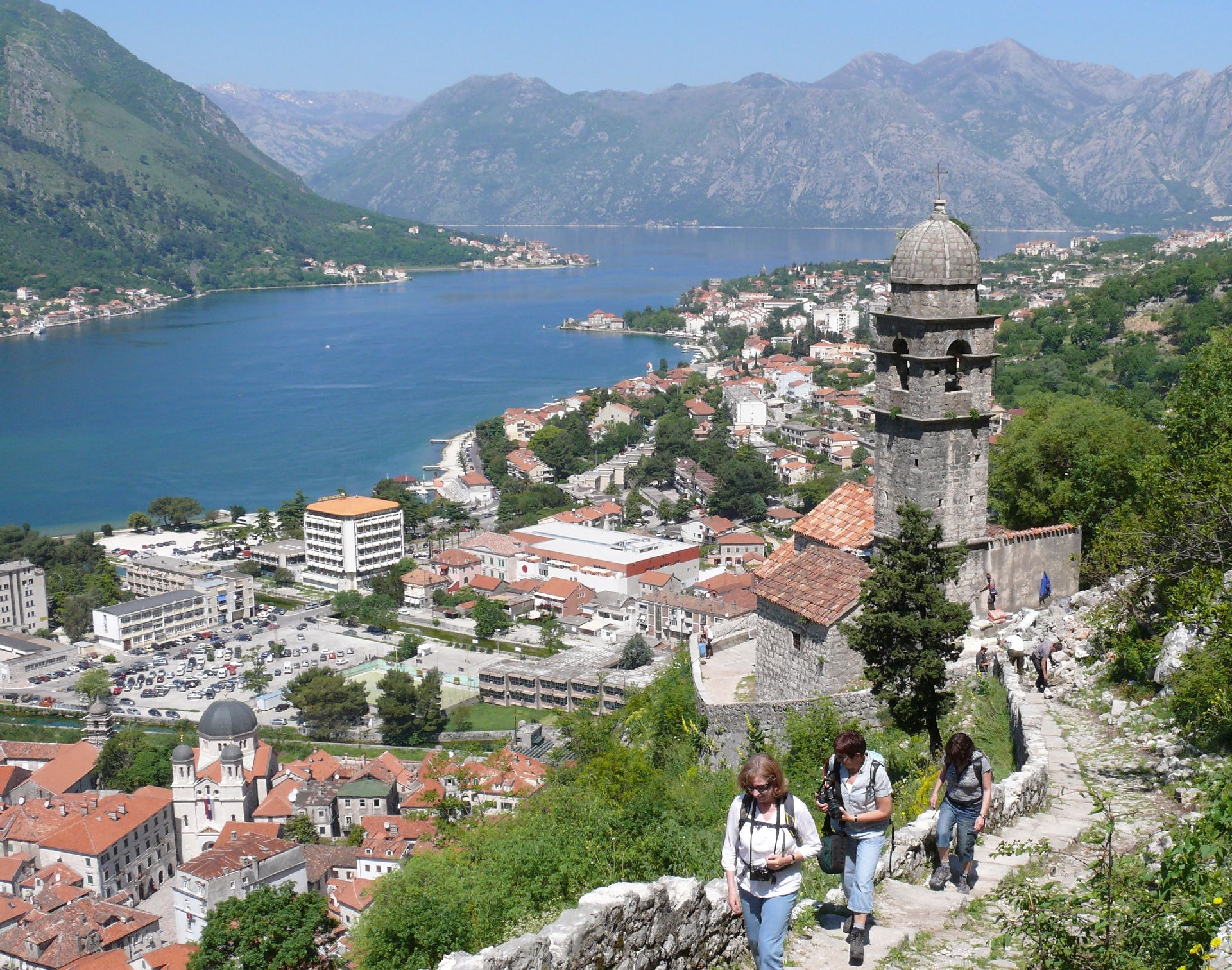 More than just a hike, it is a real sports course! Situated 280 meters above sea level, the fortress offers a fantastic view. For the less hardened ones, there is a viewpoint located lower down and which offers a picture, although less impressive, just as exciting.

Little is known about the history of Fortress Saint John. However, it is still an indispensable part of the things to do in Kotor, because it is from above that one can admire the gift of nature that is the Mouths of Kotor. We hope that there is not a big ship moored at the port on the day of your visit.

The official price is 8€ from June to September and the climb is free the rest of the year. But the pricing policy seems to have tightened in 2019. Given the lack of transparency of the local authorities, be prepared to pay the 8€ all year round, you’ll save money if it’s free!

Kotor is THE city for cat lovers! They are everywhere, domesticated or stray, walking the streets of Stari Grad, to the delight of children and adults alike. It must be said that Kotor has had a fascination for cats since 1918, the legend tells that when the Slavs revolted against the Austro-Hungarians, the rebels were accompanied by their felines when they liberated the city.

The Cat Museum is therefore a must in Kotor for those who want to know more and the modest sum of 1€ helps to convince you to go there. There are mainly pictures and cats! It also allows you to refresh yourself in summer. 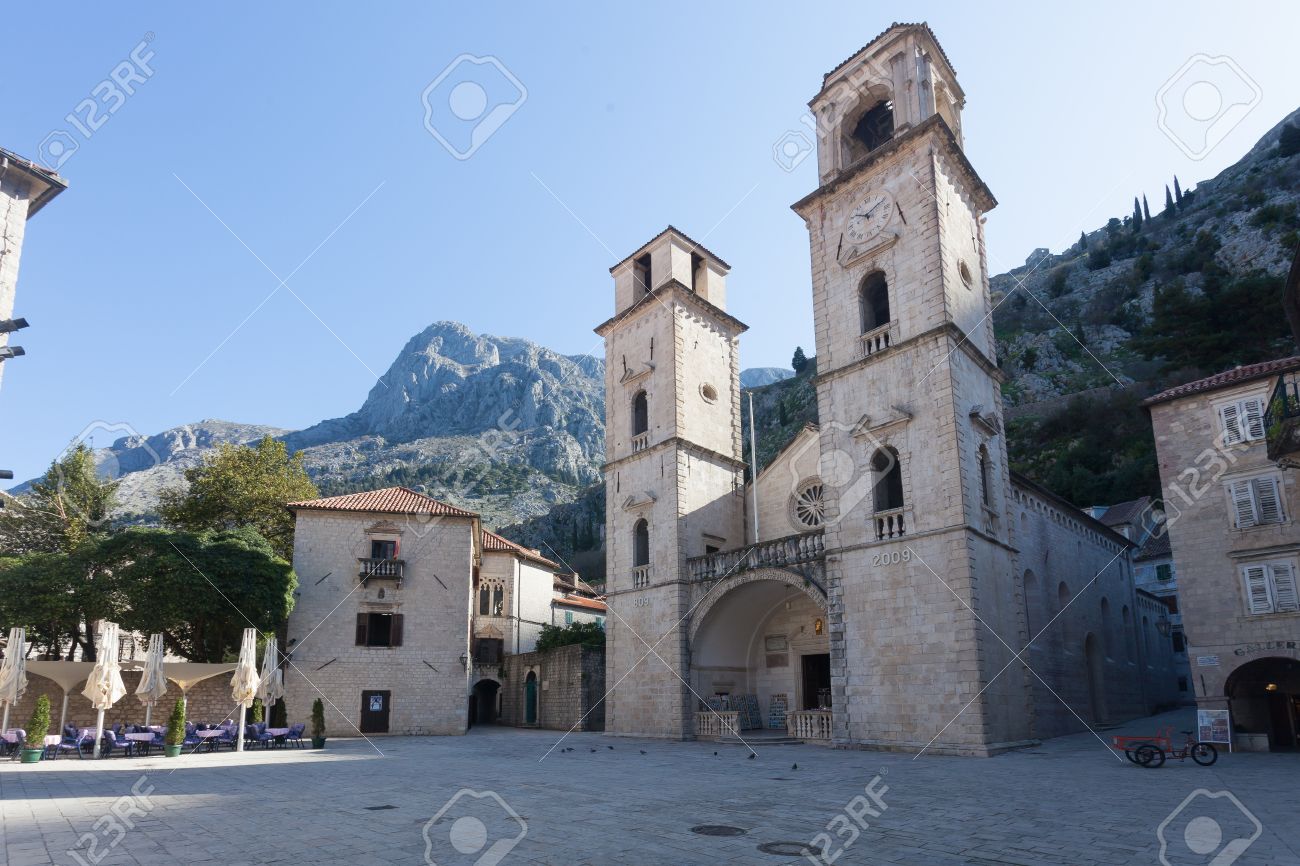 It is difficult to visit Kotor without entering its cathedral. Roman Catholic Church, consecrated in 1166, it was seriously damaged by the earthquake of 1979 before being restored, which explains its current rather recent appearance. The cathedral is however one of the oldest in Europe.

Inside, one can admire 14th century frescoes and other well-preserved objects. The cathedral is named after St. Tryphon, patron saint and protector of the city of Kotor. 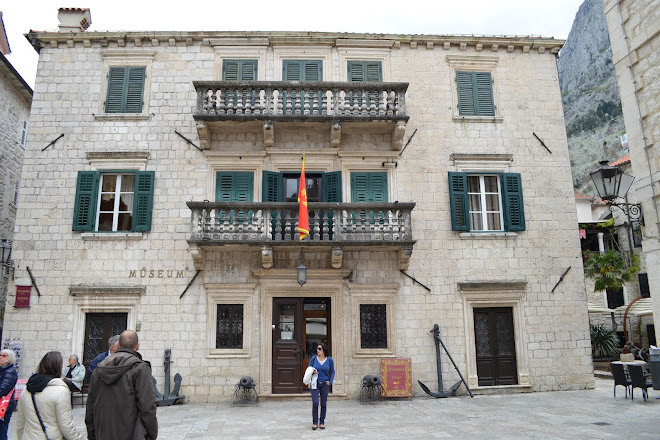 Little known, the Maritime Museum is a curiosity to do in Kotor. For a modest price of 4€ (1€ for children), one goes there more for the building, a magnificent heritage of Baroque art, than for its collections which are quite classical.

Nevertheless, the enthusiasts will be delighted to visit Kotor with this museum as there are beautiful models of ships and old maritime maps.

6- The churches of St. Nicholas and St. Luke 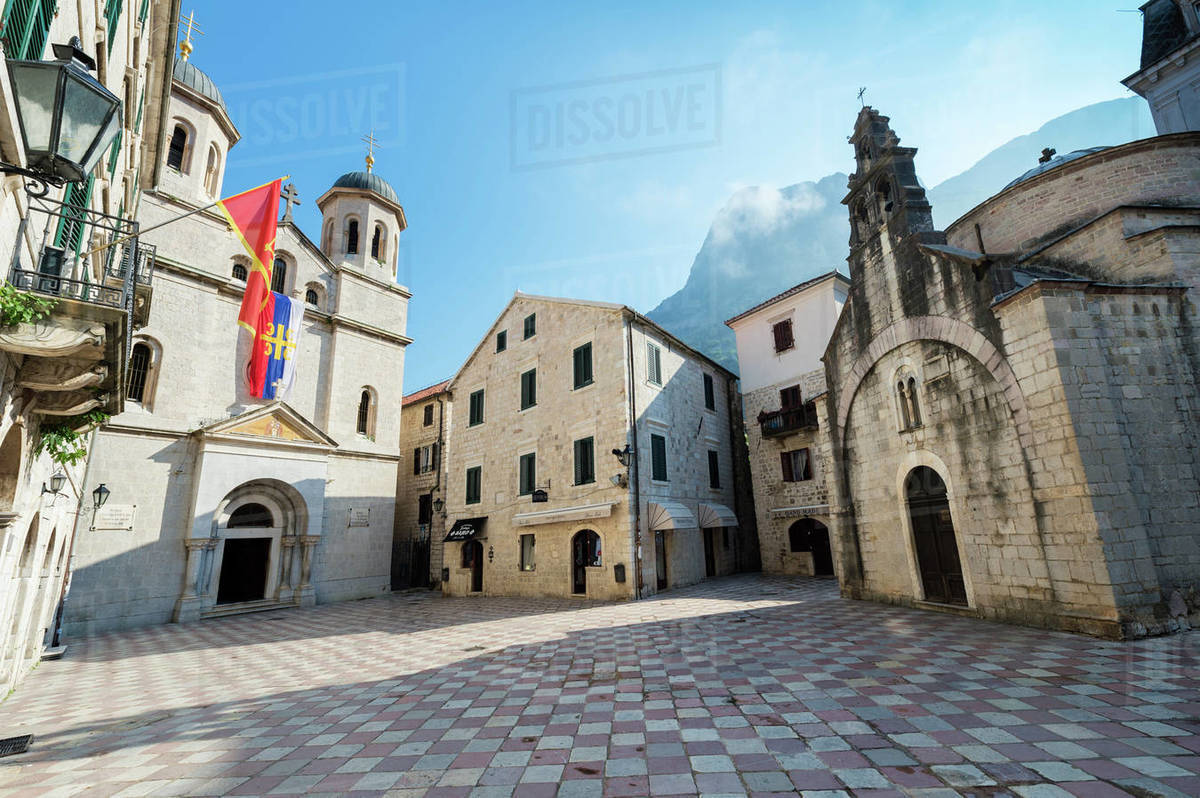 Visiting Kotor is unthinkable without seeing its magnificent churches! Located face to face, these two churches represent the religious diversity of Kotor. Indeed, the first one is Serbian Orthodox, the second one even has a double denomination of Catholic and Orthodox. Saint Luke’s is the cute little church some would say. One can give it a certain charm given its size. It is also a miracle because it is the only important building in Kotor that was not damaged in the 1979 earthquake. Its particularity is that it has two altars: one Catholic, the other Orthodox.

As for the Church of St. Nicholas, it is a recent building, since it was built at the beginning of the 20th century. Its particularity is to display a Serbian flag on its façade, a sign of the close relations between the two countries. 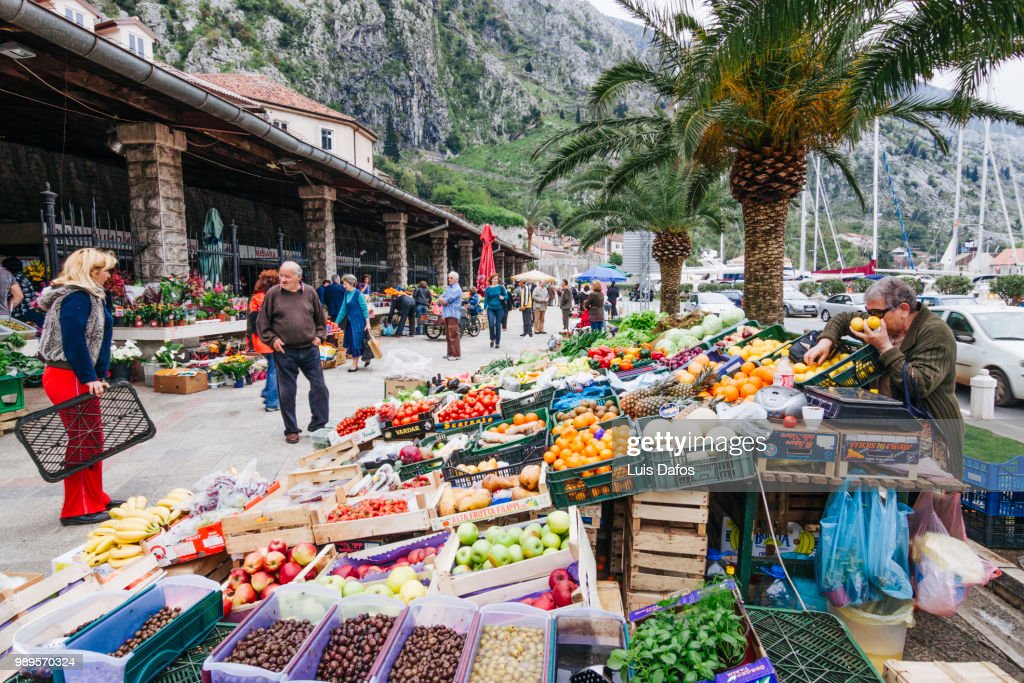 To visit Kotor is to go to its market and there you will find the soul of the city! Located just outside the old town, it takes place almost daily, Saturday being the most important day. There you can find everything fresh: fruit, vegetables, fish and local meat products, Montenegrin cheese and other Turkish sweets, a legacy of the city’s Ottoman past.

However, if you can, avoid the days when the ships land! Apart from the world, you feel more at home in Saint-Tropez than in Kotor and scams can multiply.

To visit Kotor is also to be charmed by its surroundings. Let’s end this article with a town located 15 minutes away from Kotor by car, Perast. This town is too small to deserve an article by itself but if you have time, go absolutely! With its bell tower, its lion status and its church-island, Perast is a marvel and certainly one of the most charming and best preserved places in Montenegro. Those who can even sleep on the spot at the famous Conte Hotel.

Perast is one of those magical places that will make you love a region and make you want to return. Please note that vehicles are not allowed in the city from June 1st to September 30th, but there are public car parks at the entrance of the city. You can also get there by bus from Kotor.