After Berlin, the city of Munich is often considered the second most important city in Germany, but above all the secret capital of the country: indeed, this city is as much appreciated by its inhabitants as by tourists for its monuments, its incredible museums and its department stores. The architectural style of the city oscillates between the rococo of the 18th century and the neo-classicism of the 19th century. The town was marked by the Wittelsbach family, who left their mark on Nymphenburg Castle (their summer residence) and the residence palace in the heart of the town. Visiting Munich, finally, is also about the joie de vivre that is confirmed on every street corner. How can we not mention Munich without mentioning the famous Beer Festival that takes place there in October? 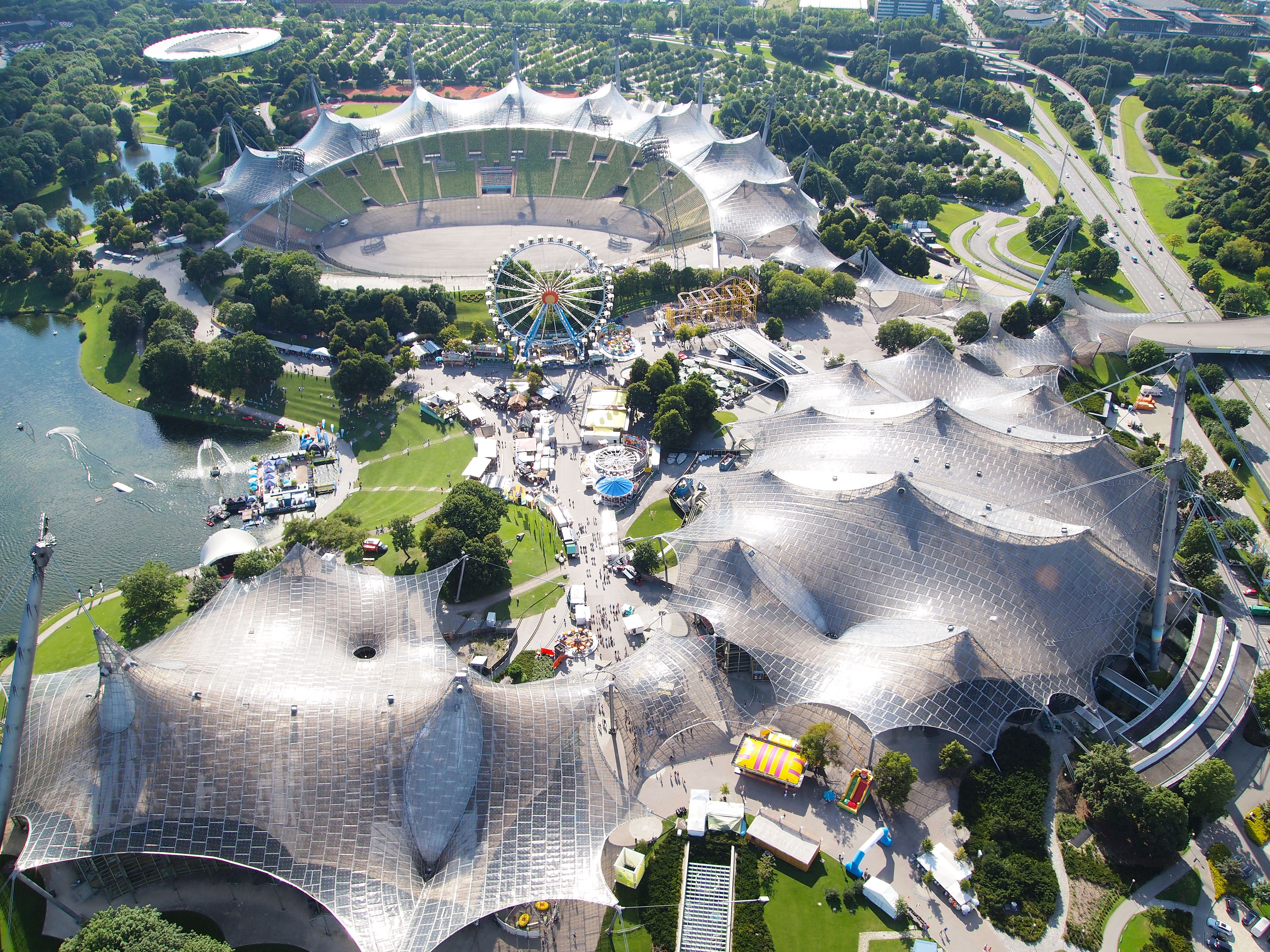 This park is a vast complex that was built for the 1972 Olympic Games and is recognizable from afar thanks to its 290-metre high TV tower. It is possible to go to its summit to enjoy a breathtaking view of the Alps.

This is the historic heart of Munich: many buildings and monuments are concentrated here and it is often the meeting place for all Munich residents. Marienplatz is recognizable by the imposing Town Hall and its neo-Gothic style. And what about its carillon, which sounds several times a day and is sure to captivate you? 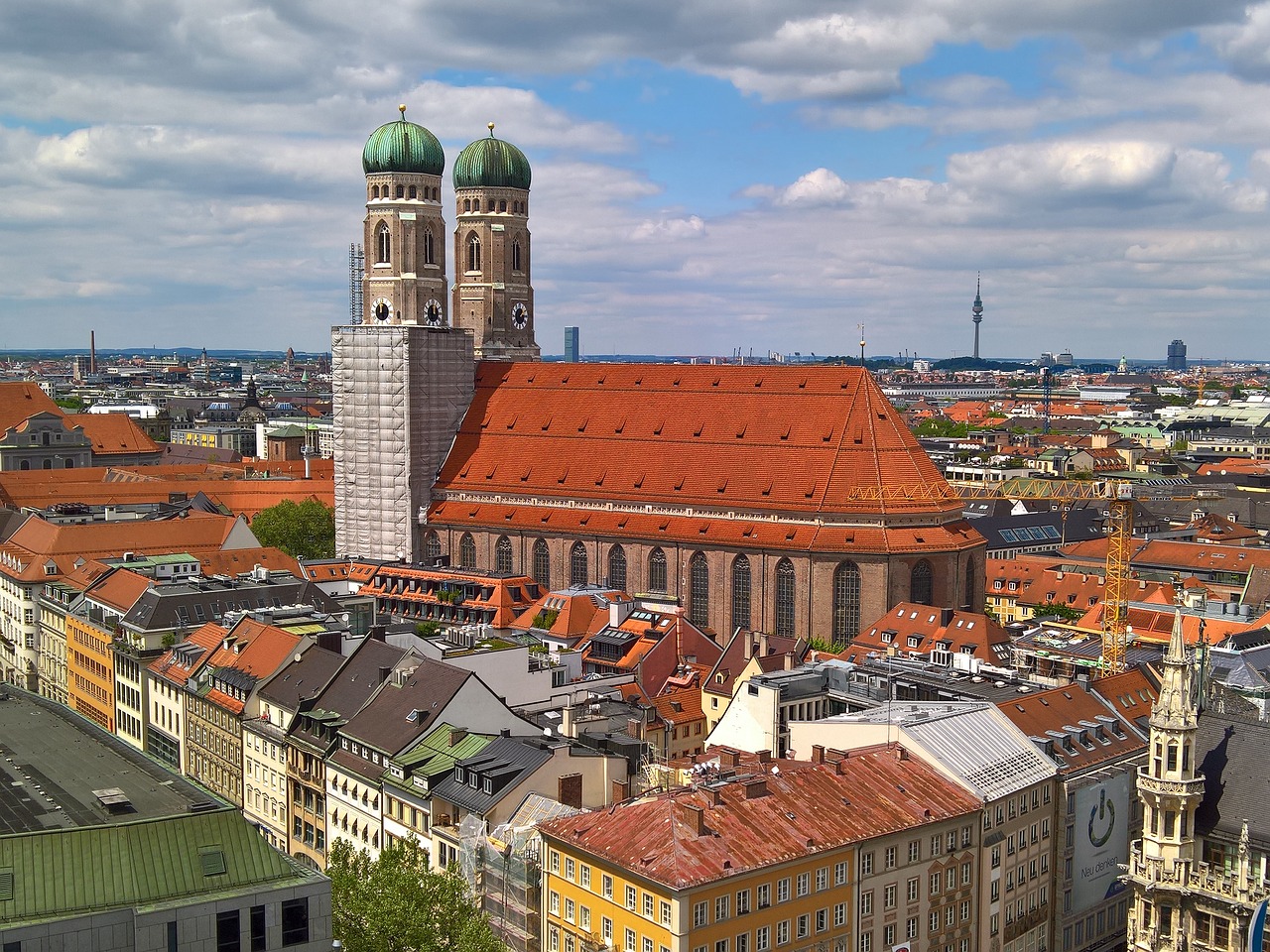 Nothing like the one in Paris, yet this cathedral is a place to see. Recognizable with its bulbous domes, it can be found on Weinstrasse. The Theatinerkirche with its typical rococo facade can also be seen on this street. Don’t miss to see the Teufelstritt (the “Kick” or “Footprint” of the devil) in the cathedral. Legend has it that the devil himself entered this church and since he couldn’t be seen (at least he thought he could), he thought he could do whatever he wanted. But a ray of sunlight entered through one of the windows and burned him, leaving a footprint on the floor.

It is surely the largest food market in Munich, it has existed since the beginning of the 19th century. There is a large garden called beer garden (biergarten) which offers you the opportunity to quietly enjoy the surrounding atmosphere.

5- Taste the beers in the Hofbräuhaus Brewery

This is Munich’s “tavern”, the place to be for beer and the best sausage in the city. You will be welcomed in a large room (with a capacity of 1000 people) with a singular ceiling.

Schloss Nymphenburg, literally “Nymphenburg Castle”, is the summer residence of the Wittelsbach family. Allow at least half a day to walk around the fantastic, gigantic baroque building. The architecture is a cheerful mixture of Rococo, neo-classical and Baroque, with a beauty gallery, a Chinese cabinet and an English garden. 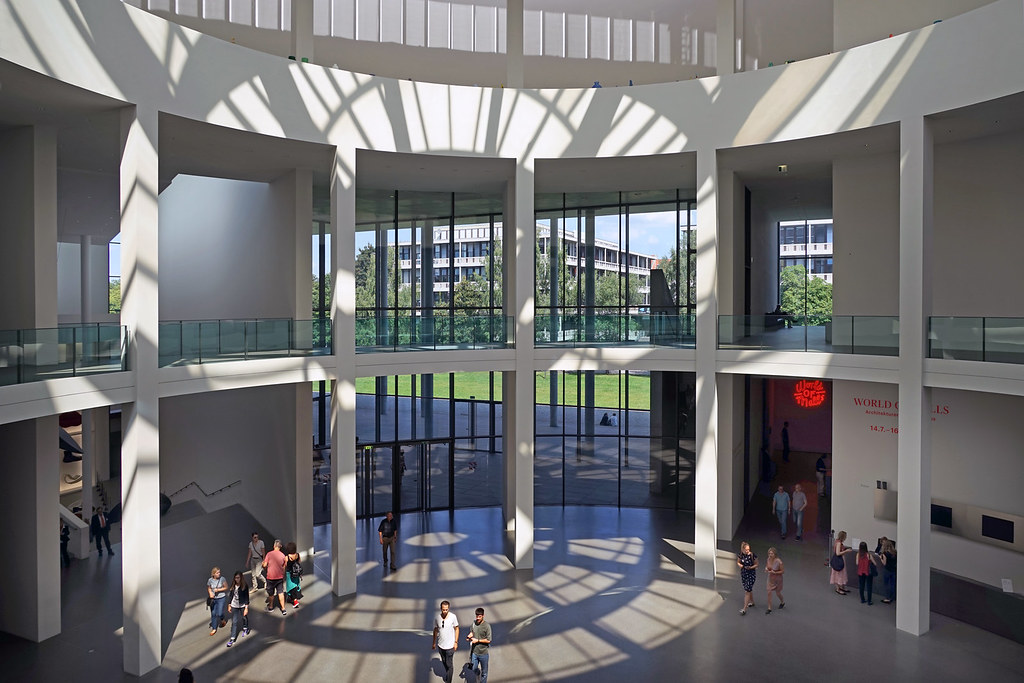 It is the most important museum complex that includes the old pinacoteca, the new pinacoteca and the modern pinacoteca, places entirely dedicated to contemporary art. Whether you love 14th century or modern painting, whether you want to discover European art of the 16th or 17th century or all the artistic expressions and trends of the 20th century, whether in painting or architecture, design or graphic arts, the Pinakotheken in Munich is the place to be. 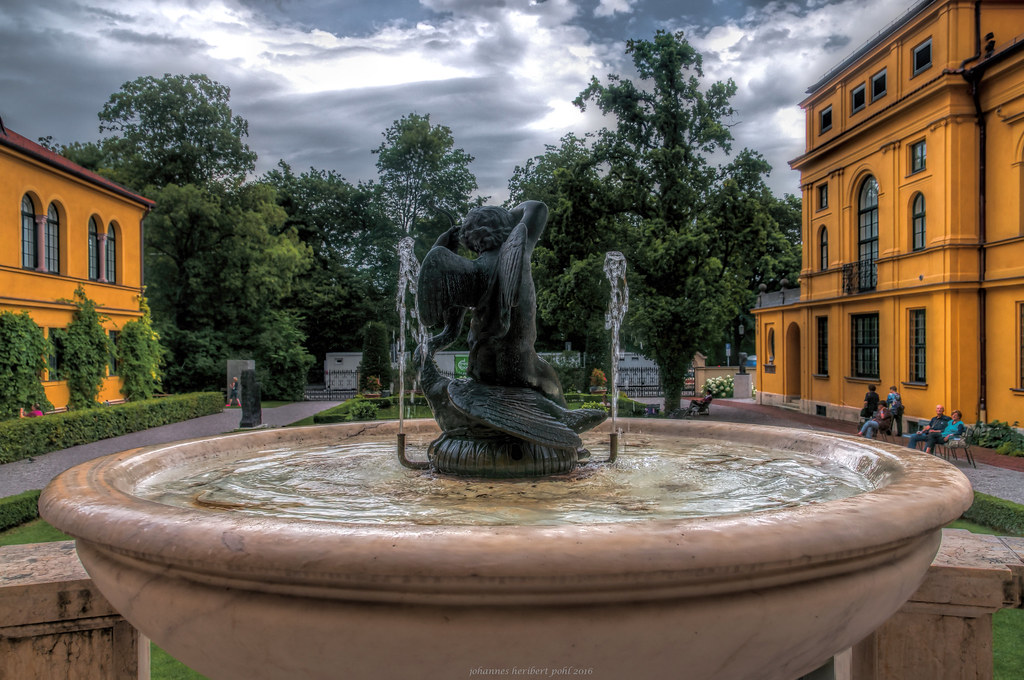 For all art lovers, this is the municipal art gallery and it owes its international fame to its formidable collection of works of art that belonged to the artistic current called “The Blue Rider”, establishing the basis of what we today call abstract art. You will discover majestic and relevant works by Kandinsky of course, but also by Klee or Macke.

It is a vast esplanade which is surrounded by 3 very important buildings, including 2 museums housing royal collections of antiquity. This square was created by the architect von Klenz. This square is known for its concentration of museums but it also marks the entrance to the most beautiful districts of the city of Munich. A magical place, sumptuous, somewhat bourgeois and pleasant to visit. 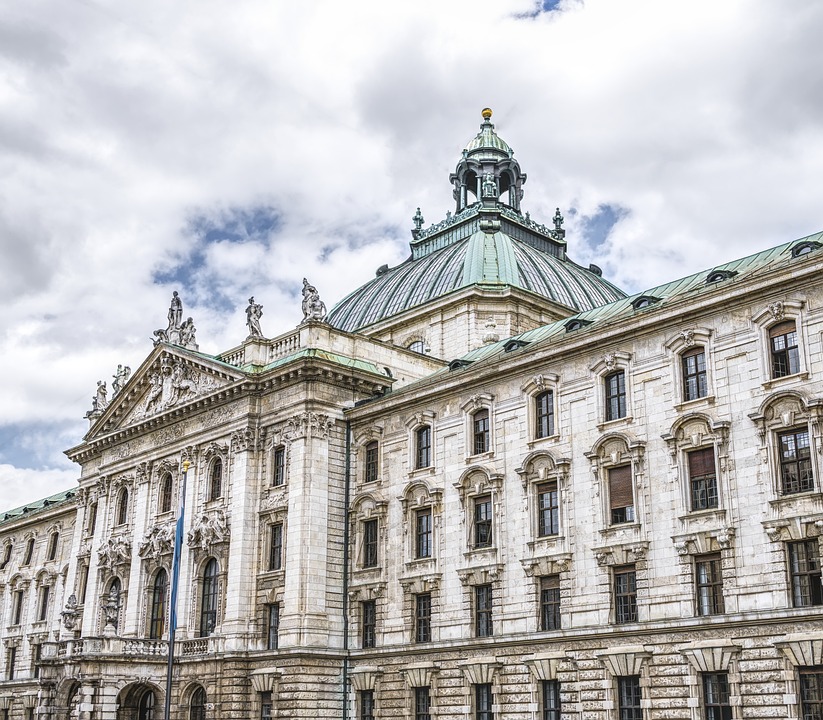 Located north of the old town, this district (which takes its name from Maximilian of Bavaria) will suit all lovers of beautiful and old books. It is the district of the bookshops but also of the clothes shops, picturesque cafés and restaurants. It is impossible to miss this Munich atmosphere!

Maybe you don’t know it, but Munich was also one of the most important film studios in Europe. Today, a few TV series are still shot there, but many prestigious directors such as Hitchcock, Orson Welles and actresses like Romy Schneider have often set foot on its soil. 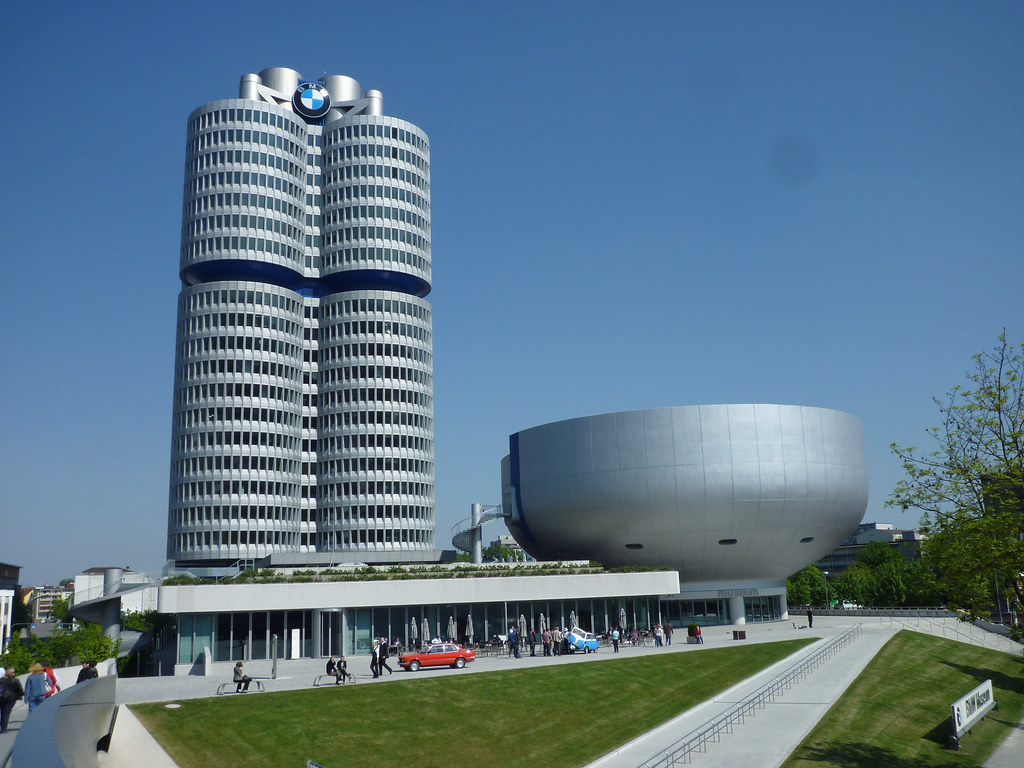 Car lovers, how can you not go to the museum dedicated to the BMW brand?

The museum retraces the history of the automobile from its first models to its prototypes, but it also talks about current events, the impact of BMW in the automotive world and its relationship with ecology. The architecture of the building is really worth a visit, especially with its futuristic tower that does not leave one indifferent. 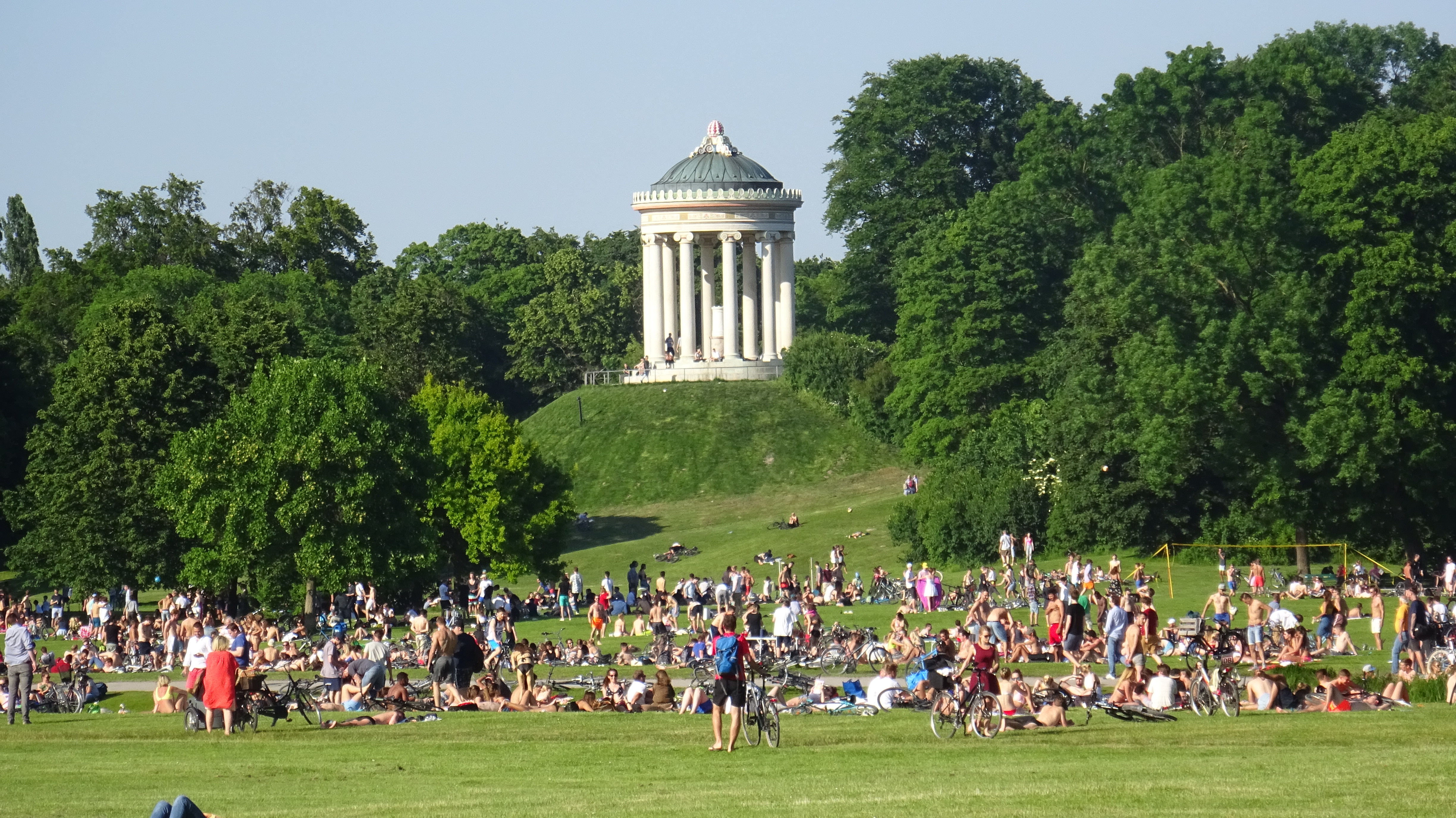 To relax from the city atmosphere, why not bask in this beautiful English garden? It was laid out at the end of the 18th century and covers nearly 400 hectares. Ideal for playing sports, resting in the grass, enjoying the nonchalant atmosphere of the place while having a drink in one of the beer gardens of the park. Probably one of the largest parks in the world.

14- Participate in the Oktoberfest 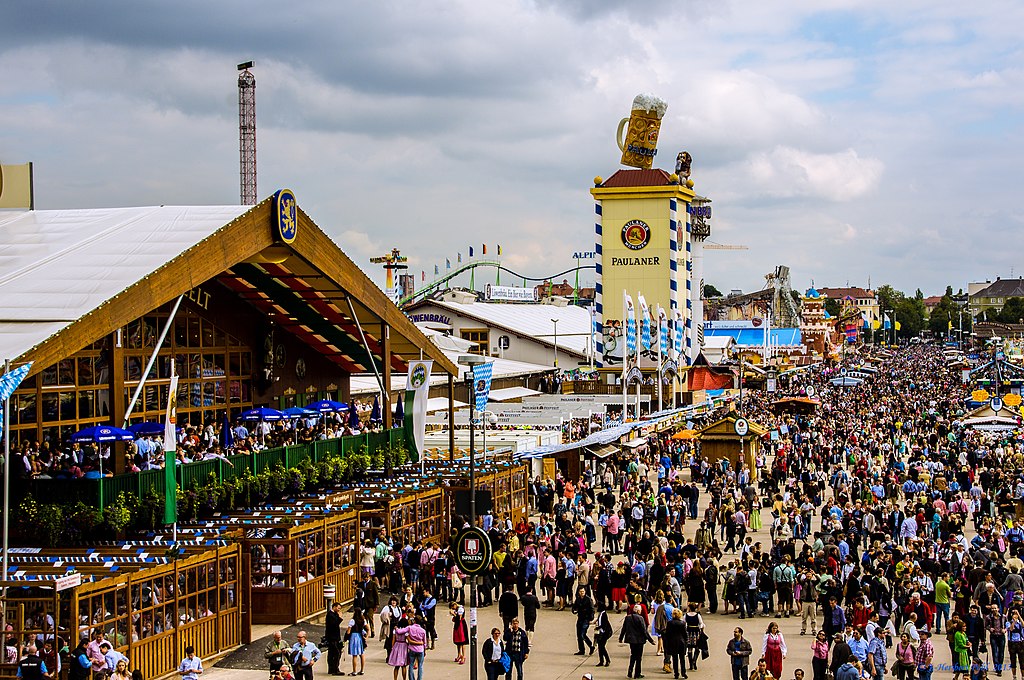 It has been mentioned just before but this event is of utmost importance for living and feeling the Munich atmosphere. A huge beer festival that attracts each up to 6 million visitors in a very friendly, warm and family atmosphere. An opportunity to taste regional specialities but also to honour sauerkraut and roast chicken. The Oktoberfest takes place in the second half of September until the beginning of October.