Skip to Content
Home Europe What are the best things to do and see in  Liverpool ?
by

If you’re a football fan or have a passion for the Beatles, you most likely have at least one thing in common – the city of Liverpool. While the city is generally known for attracting melancholy, Liverpool is now resolutely looking to the future. Thanks to its strategic geographical location, Liverpool can be discovered through the fog, its sometimes-flickering lights, its crowded and warm pubs and its often-caustic humorous population. But what to visit in Liverpool? Whether you stay for a weekend or a week, there are many things to do and see in the city of the “Four Boys in the Wind”. 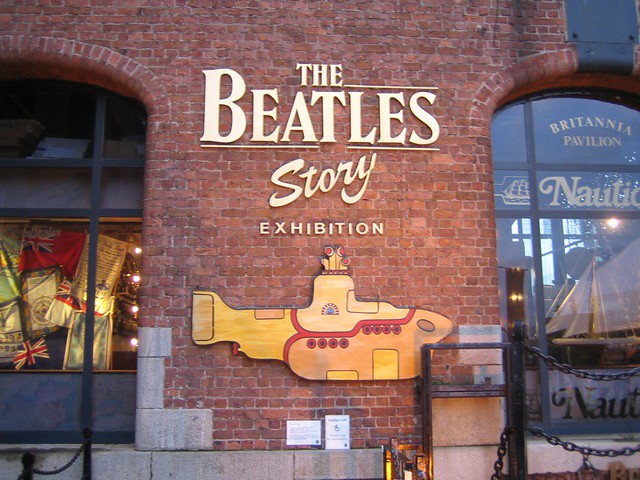 This place is a must for all lovers of the famous English rock band. Opened since 1990, this magical place plunges you back into the legend of John, Paul, George and Ringo thanks to various supports and collector’s items. Located in the Albert Dock district, the Beatles Story also offers a special bus ride on the Magical Mystery Tour. The museum is open daily. In summer it is open from 9am to 7pm and in winter from 10am to 6pm. The entrance fee for an adult is £14.95. 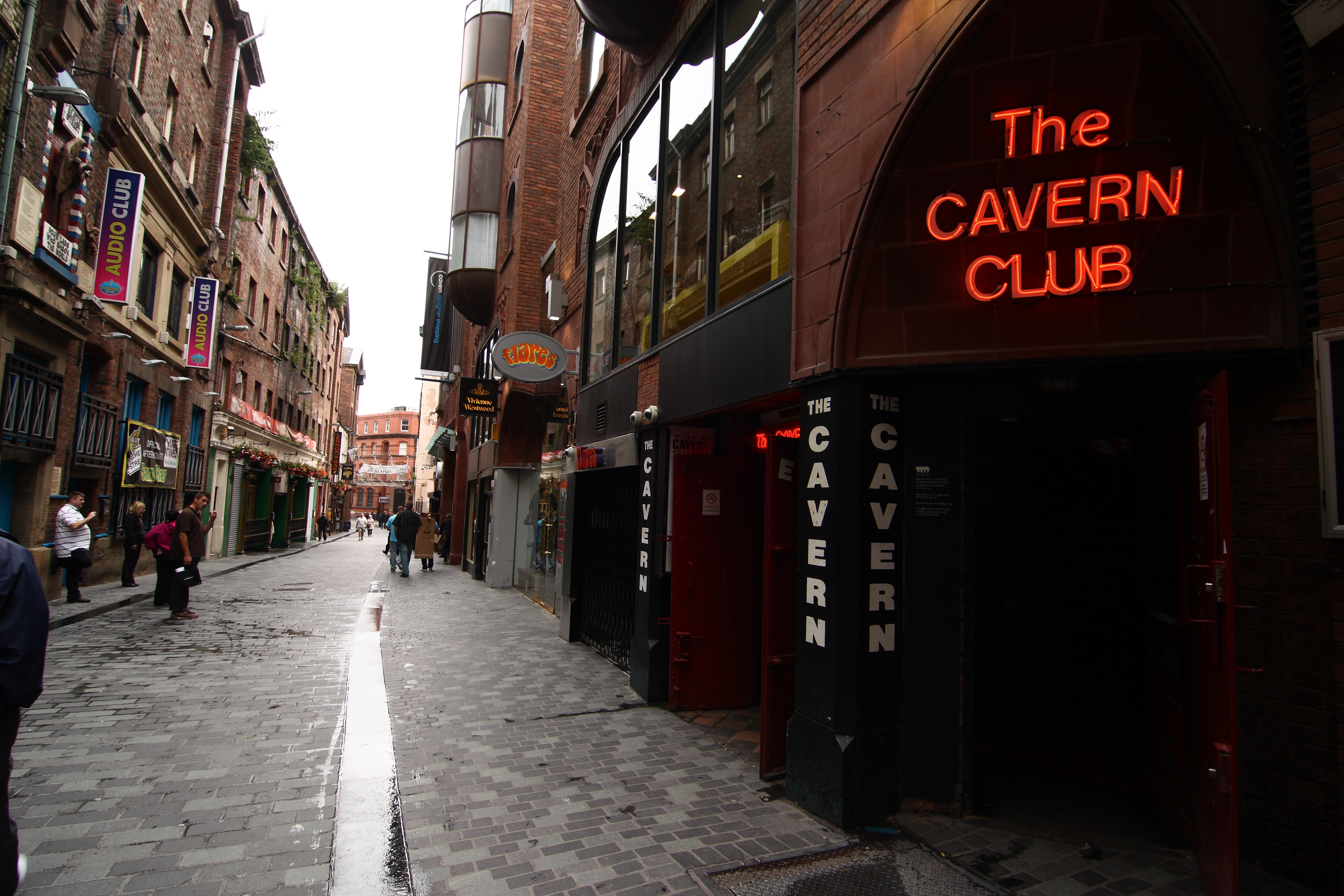 This concert hall is today mythical: indeed, in 1961, it is here that for the first time the Beatles played and met their first successes. Even if the original place no longer exists, the Cavern Club is located opposite the former Cavern Jazz Club. To relive the time of some Beatlemania songs, you can attend concerts of many tribute Bands who want to revive the atmosphere and the effervescence of the 60s. Mathew Street, the street in which this venue is located, is probably the most famous street in all of Liverpool, a street steeped in history, especially music history. It’s impossible not to love the musical atmosphere in this historic street! 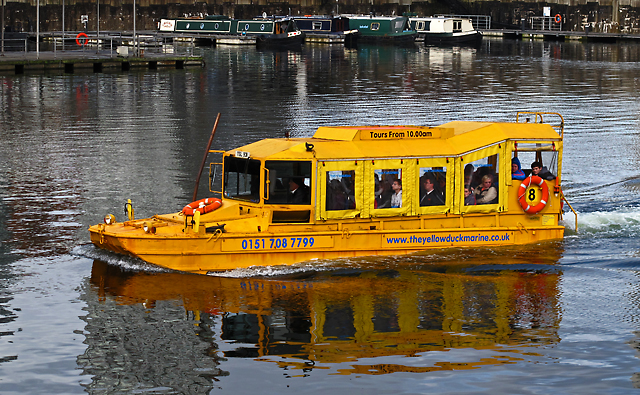 This walk is quirky and you may not find one like it in all of Liverpool. With this yellow bus that strongly reminds you of the famous “Yellow submarine”, you will be immersed in a special atmosphere where you will dive into the Mersey and sail along the docks. This exceptional vehicle dates from the Second World War and you will be able to make an original excursion on board an equally exceptional vehicle and discover Pier Head, The Three Graces, Saint George’s Hall or the cathedral. 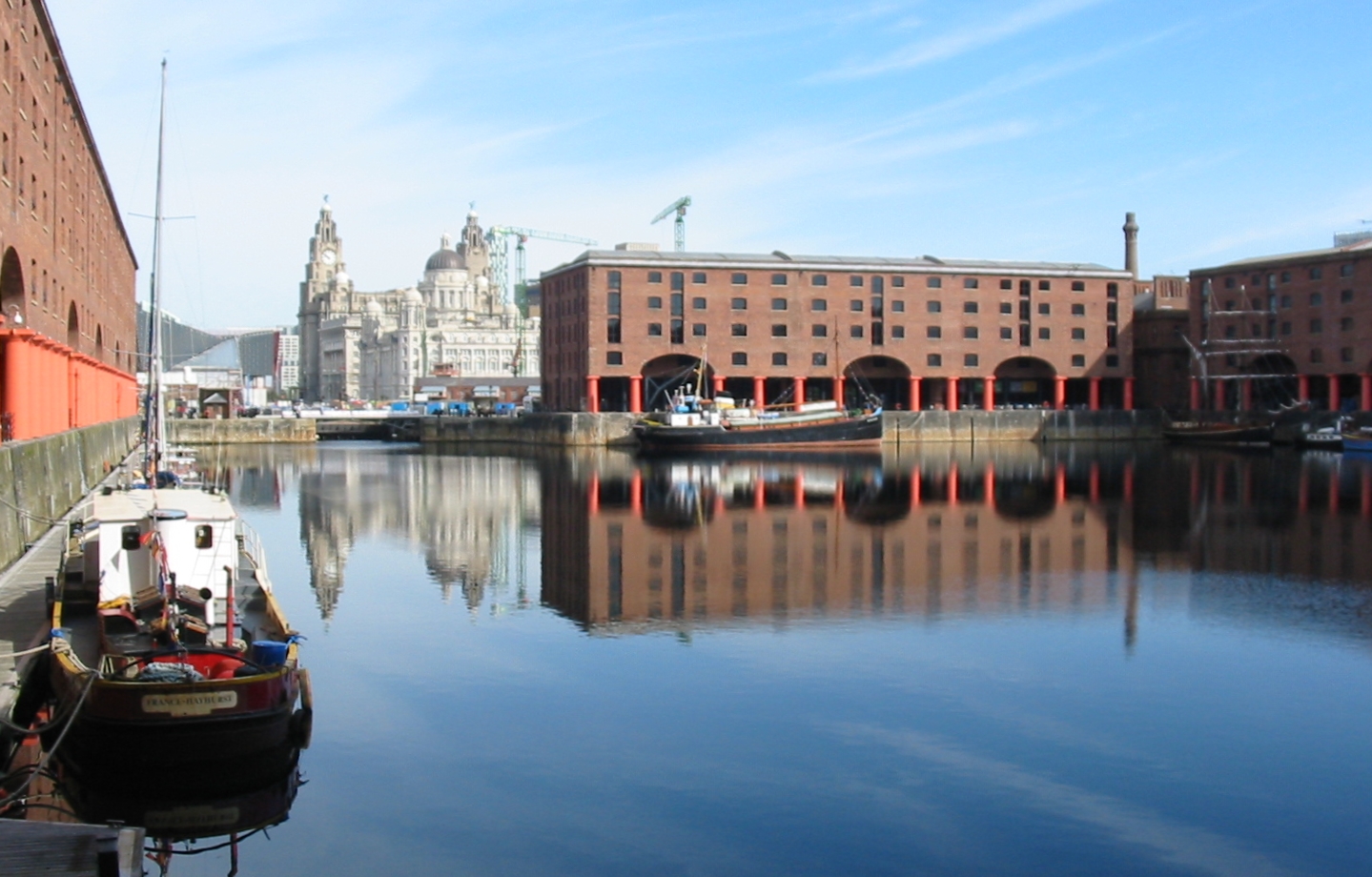 To make sure you’re in one of Liverpool’s most iconic locations, the walk along the Albert Dock is a must not to be missed. In this singular district, you will be able to discover a museum that marks the bicentenary of the abolition of slavery (International Slavery Museum). With this permanent museum dedicated to the transatlantic slave trade, the city of Liverpool demonstrates its commitment and desire to take on one of the darkest parts of its history.

This district is the emblematic place and home port of many ships as it was for the famous Titanic. For those who want to discover the city from a historical point of view, the Shiverpool Ghost Tour starts from Albert Dock, a kind of mix of street theatre and historical tour. 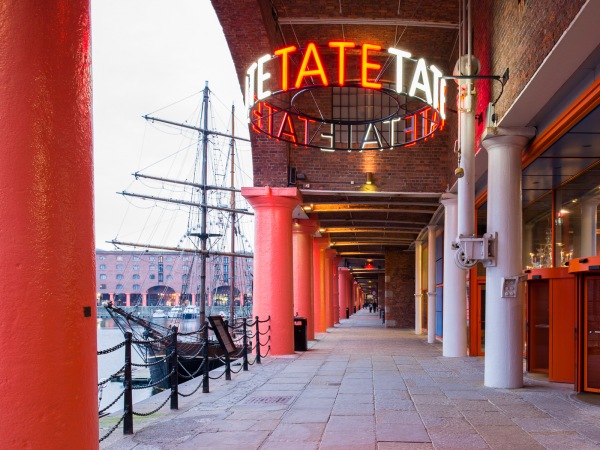 Perhaps you are familiar with the famous Tate Museum of Modern Art in London? In Liverpool, there is its annex on the Albert Dock, which has been open to the public since 1988. It is now the largest contemporary art gallery after the one in London. It is possible to discover master paintings from 1900 to the present day. Please note that, as with all British museums, admission to the Tate Liverpool is free.

For all football lovers, the Anfield Road Stadium, this century-old stadium, is the place of all pilgrimages. Here, not a week goes by without the locals and fans turning at least once to this mythical place to watch a competitive match.

This museum on the Albert Dock traces 800 years of maritime adventure in Liverpool. It is quite simply the largest maritime museum in Europe where you will have the opportunity to learn all about the stories and dramas of some famous ships such as the Titanic, the Lusitania or the Empress of Ireland. The museum accurately describes the history of the city marked by the sea and its tragedies.

Like many other English cities, Liverpool is full of pubs. Don’t hesitate to spend some time at the end of the day in one of these places that are truly the soul of the city and its inhabitants: there’s the very chic The Philharmonic, the sporty The Sandon Public House or the one you shouldn’t miss, the Baby cream. For those who like to hang out on Merseyside, you can try The Blue Bar & Grill, The Belvedere, The Beehive or the Barracuda. 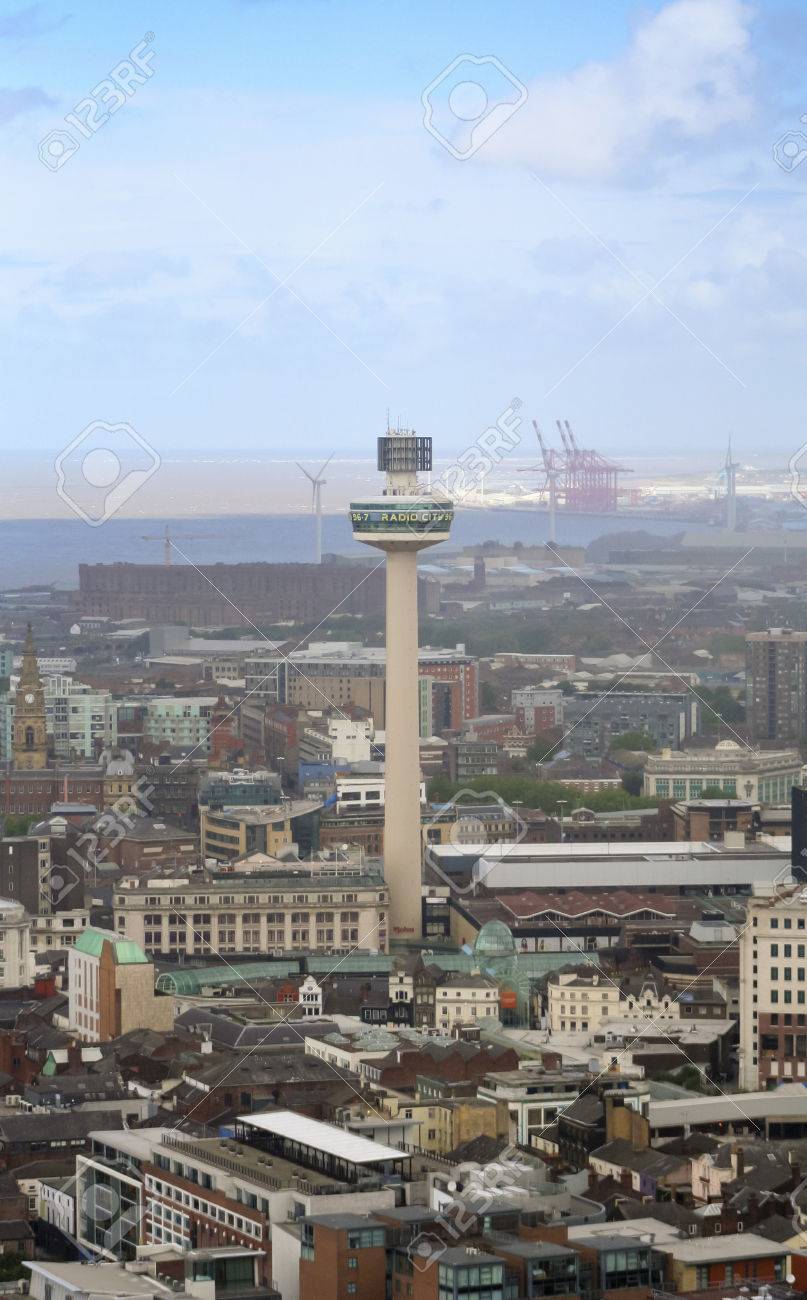 This 133-metre high tower dominates the entire Liverpool skyline from wherever you are. It is now possible to eat at the top of the tower in one of the gourmet restaurants with this incredible panoramic view.

Note that St John’s Beacon Tower is now the headquarters of Radio City, a famous radio station in Liverpool. 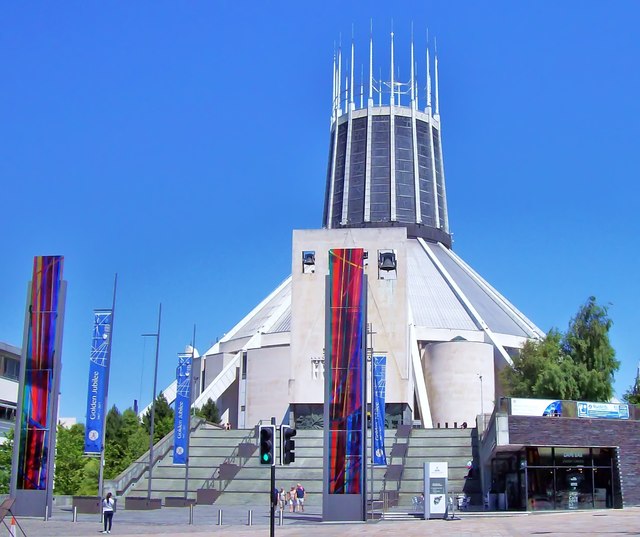 In Hope Street, two cathedrals stand out against each other, almost in competition, but it is certainly the Catholic Cathedral (the Metropolitan Cathedral of Christ the King) that will surprise tourists because of its circular shape and base. This one looks a bit like the cathedral of Rio de Janeiro for those who know it. 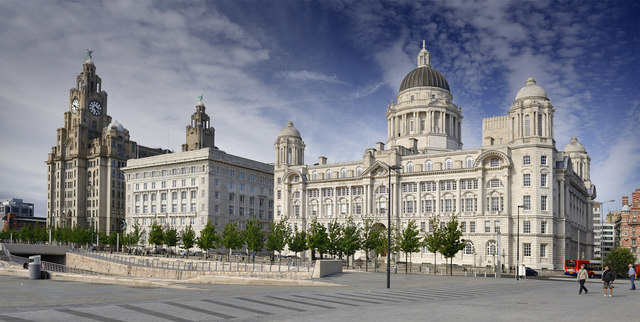 This district is now a UNESCO World Heritage Site: you can discover three huge buildings: The Royal Liver Building, the Cunard Building and the Port of Liverpool Building. The contrast between the contemporary buildings and the more classical buildings, but also the serenity of the district makes it a very attractive area. 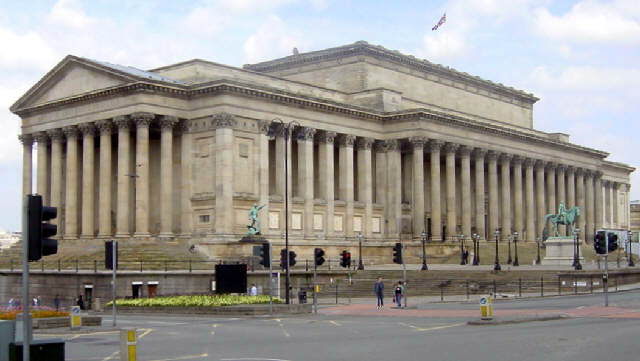 Located in the historic area, the city’s most important building, St. George’s Hall, has been completely renovated. Today, it is a museum that brings together the entire history of the city. It is also a cultural centre where you can enjoy exhibitions, shows or parties all year round. 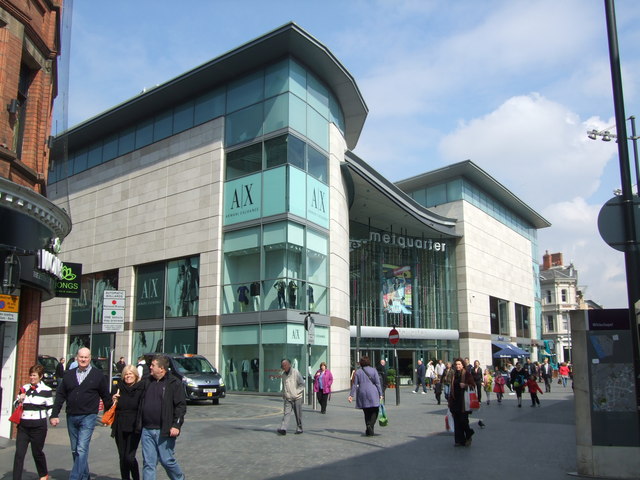 Metquarter is a luxury shopping mall consisting mainly of elegant boutiques. It is located in the heart of Liverpool and it is possible to spend hours there without realizing it. There are many brand names for those who are interested. 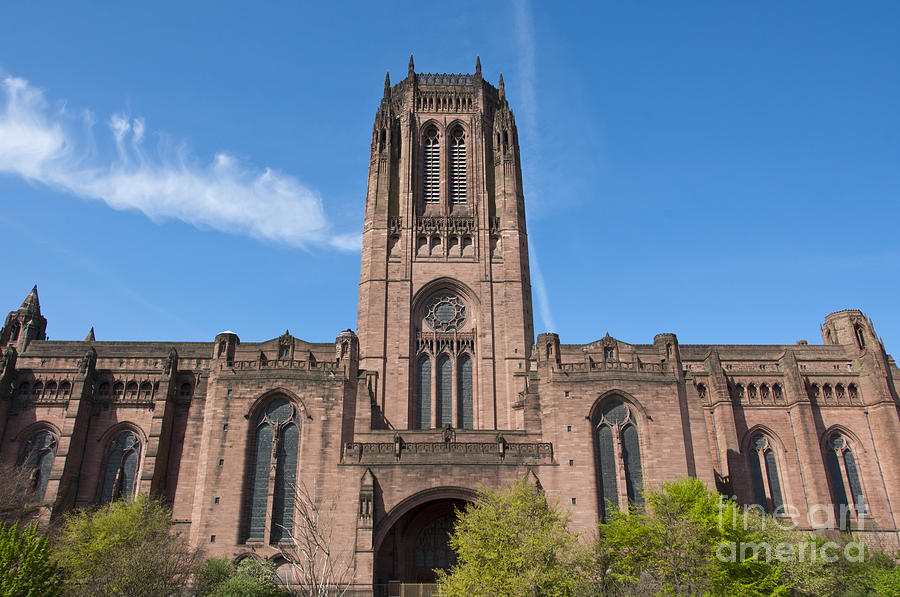 The city’s Anglican Cathedral is a building of superlatives. Not only is it the largest church in Britain, it is also the largest Anglican cathedral in the world. It was designed by Sir Gilbert Scott, the architect behind the red telephone box so typical of London and the Southwark Power Station, which today houses the Tate Modern. The central bell is the third largest in the world (with the highest and heaviest carillon in the world), while the organ, with its 9765 pipes, is probably the largest operating model in the world. The visit is £5. The visitor centre shows the Great Space, a film about the history of the cathedral. Your ticket gives you access to the 101-meter-high tower, giving you a panoramic view of the whole city! 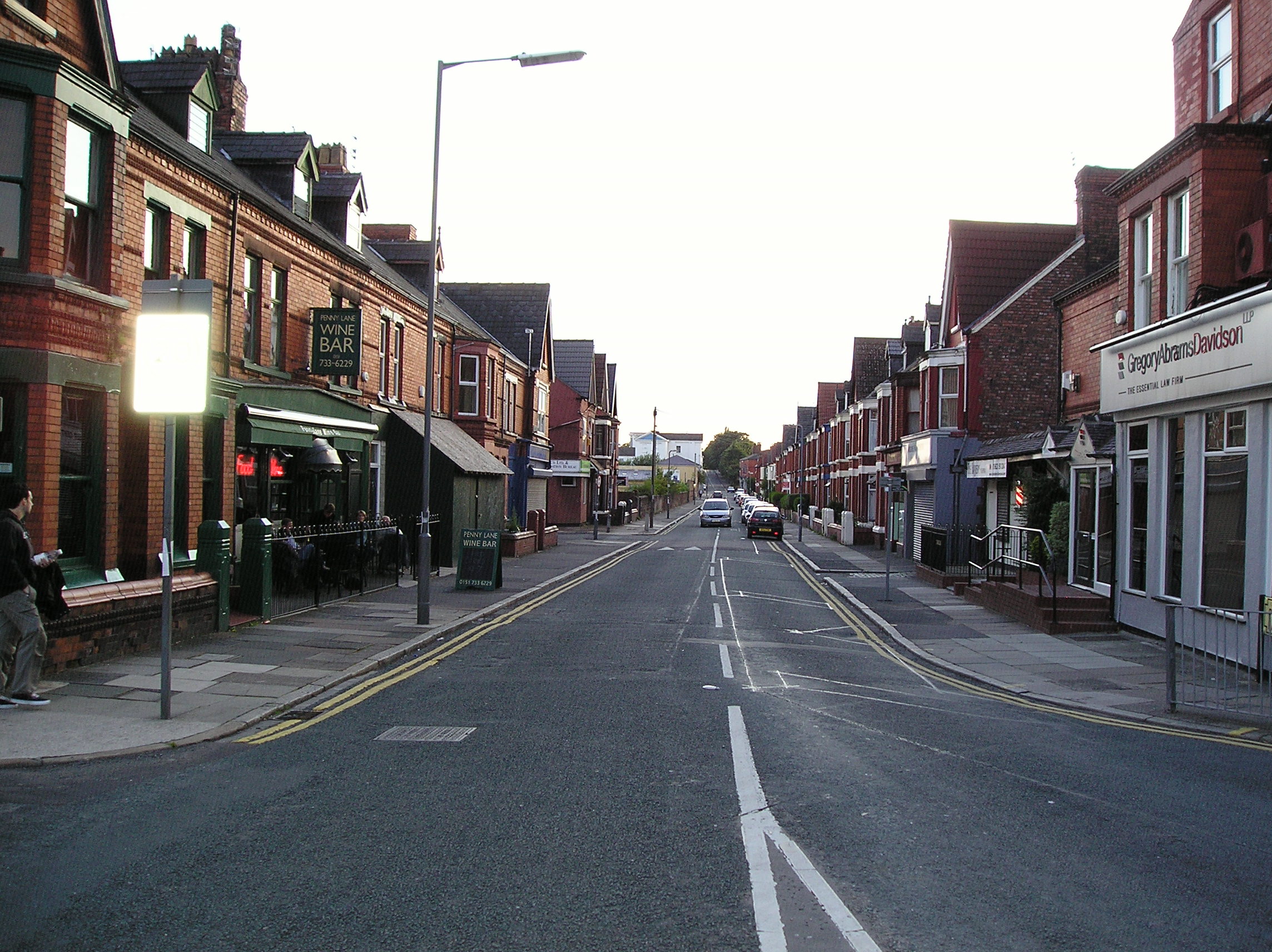 The street is nothing exceptional in terms of its topography or geography, but the Beatles did dedicate one of their songs to it. For Beatles fans exclusively.